Celebrate All Things Related to Black Authors in Science Fiction, Fantasy, and Horror

Join us for discussions, readings, advice, and resources pertaining to Black authors in speculative fiction from past to present. For fans, writers, librarians, and anyone interested in exploring this rich body of work.

This online event features a main stage where experts will lead the event. You can interact with the onscreen presenters, other attendees, and event staff through the chat area, and take polls as they pop up there as well. After the presentations, you can explore other areas of our virtual event space.

The Expo area features vendors just like at a convention. Here you will find publishers, authors, other workshops, and more.

In the Networking area, you can meet other attendees in speed networking sessions of 30 seconds to 3 minutes in length. If you want to maintain this connection you can exchange contact info that will be stored in your Hopin profile for later reference, just like exchanging business cards at an in-person event. The system introduces you to other attendees at random.

At this time our events are not compatible with the Safari web browser on laptop, desktop, and Android. For Apple phones and tablets Safari is the only compatible browser. We apologize for any inconvenience this might cause.

Bill Campbell | Author and founder of Rosarium Publishing
Bill Campbell is the author of three novels, including "Koontown Killing Kaper "and "My Booty Novel," as well as the essay collection, "Pop Culture: Politics, Puns, and Poohbutt from a Liberal Stay-at-Home Dad." He is also founder of Rosarium Publishing, a publisher of speculative fiction, comics, and a touch of crime fiction—all with a multicultural flair. He lives in Washington, DC.

Gerald L. Coleman | Novelist, Poet, and Philosopher
Gerald L. Coleman is a Philosopher, Theologian, Poet, and Scifi-Fantasy Author residing in Atlanta. Born in Lexington, he did his undergraduate work in Philosophy, English, and Religious Studies, followed by a Master's degree in Theology. His most recent poetry appears in, Pluck! The Journal of Affrilachian Arts & Culture, Drawn To Marvel: Poems From The Comic Books, Pine Mountain Sand & Gravel Vol. 18, Black Bone Anthology, the 10th Anniversary Issue of Diode Poetry Journal, and About Place Journal. His speculative fiction short stories appear in: The Science Fiction, Cyberfunk Anthology: The City, the Rococoa Anthology by Roaring Lion, the Urban Fantasy Anthology: Terminus, the 2019 JordanCon Anthology: You Want Stories?, Dark Universe: Bright Empire, and the upcoming Dystopian Anthology from Onyx Path Publishing. He is the author of the Epic Fantasy novel saga The Three Gifts, which currently includes When Night Falls (Book One) and A Plague of Shadows (Book Two). He has been a Guest Author at DragonCon, Boskone, Blacktasticon, JordanCon, Atlanta Science Fiction & Fantasy Expo, The Outer Dark Symposium, World Horror Con, Imaginarium, and Multiverse. He served as a Programme Content Consultant for WorldCon Dublin and the Director of the Fantasy Track for MultiverseCon. He is a co-founder of the Affrilachian Poets and has released four collections of poetry entitled the road is long, falling to earth, microphone check, and Nappy Metaphysic.

Brent Lambert | Reviews Editor and Social Media Manager for Fiyah Magazine of Black Speculative Fiction
Comic books, SFF and good cooking are the essential elements of Brent Lambert. A full-fledged military brat, he is consistently struck by wanderlust and has a keen sense of things never really being permanent. He can be found on Twitter @brentclambert

John Edward Lawson | Award-Winning Publisher and Author
John Edward Lawson’s novels, short fiction, and poetry have garnered nominations for many awards, including the Stoker and Wonderland Awards. In addition to being a founder of Raw Dog Screaming Press and former editor-in-chief of The Dream People he currently serves as vice president of Diverse Writers and Artists of Speculative Fiction.

B. Sharise Moore | Author and Editor
Raised an extroverted introvert and only child in Florence, New Jersey; B. Sharise Moore’s love of literature was ignited by the Roald Dahl, Judy Blume, and Countee Cullen. In 2001, she earned a BA in English and Creative Writing from Rutgers University. Moore’s poems and short stories have appeared in several anthologies and journals such as Chosen Realities June 2020 and Fiyah Literary Magazine. In addition, she’s appeared on panels at BlerdCon, BlacktastiCon, BaltiCon, and CapClave. At present, Moore is a sixth grade English Language Arts teacher, host of Moore Books with B. Sharise on Youtube, and a graduate student at McDaniel College where she is pursuing a Master’s of Science degree in Curriculum and Instruction with a concentration in Writing for Children and Young Adults. Her debut YA historical fantasy novel, Dr. Marvellus Djinn’s Odd Scholars is scheduled for release this fall. In her spare time, she enjoys reading to her terrific toddler, “Peanut” and engaging in intellectual spats with her husband J. “Owl” Farand. She lives in Baltimore, MD. B. Sharise is currently represented by partner agent, Laurie McLean at Fuse Literary Agency.

Diane Williams | Author and Organizer
Diane is an experienced technology professional, writer, facilitator, technical trainer, and web developer, as well as a creative and innovative problem solver. Her experience includes developing two Internet startups and several of her own, adhering to Lean Startup models. She created KMG Consulting & Training in 1990, which provided information technology contracting services, course development, and training. Years of writing and editing technical manuals, newsletters, articles, and curriculum guides culminated in the creation of two new entities in 2007: 22nd Century Press, LLC, a publisher of multicultural literature and nonfiction emphasizing creative diversity; and the Black Author Showcase, a cooperative learning, teaching, and supporting community for anyone who helps bring a book to life. She is Executive Director of DWASF.

L. Marie Wood | Award-Winning Screenwriter and Author
L. Marie Wood is the bestselling author of 2 novels and over 125 short stories. She has been published in print and online, in newspapers, anthologies, chapbooks, magazines, and comic books and has won several awards for her short fiction. Her first novel, Crescendo, and first short story collection, Caliginy, were on the long list for the coveted Bram Stoker award. Her recent short story, “The Ever After,” was part of the Bram Stoker Award Finalist anthology, Sycorax’s Daughters. She has been recognized in The Mammoth Book of Best New Horror, Vol. 15, and is one of the authors chronicled in the 100+ Black Women in Horror Fiction (2018). She is Director of Curricula and Outreach for DWASF.

K. Ceres Wright | Author, Editor, and President of DWASF
Daughter to a U.S. Army father, K. Ceres Wright has lived in Anchorage, AK; Chicago, IL; Baltimore, MD; Frankfurt, Oberursel, and Munich, Germany; Seoul, Korea; and the Washington Metropolitan Area. She attended undergraduate school at the University of Maryland, College Park, with a double major in economics and finance.  She then worked for 10 years as a credit and treasury analyst before deciding to change careers. Wright received her Master’s degree in Writing Popular Fiction from Seton Hill University in Greensburg, PA, and Cog was her thesis novel for the program. An accomplished poet, Wright’s science fiction poem “Doomed” was a nominee for the Rhysling Award, the Science Fiction Poetry Association’s highest honor. Her work has appeared in Hazard Yet Forward; Genesis: An Anthology of Black Science Fiction; Many Genres, One Craft; and The 2008 Rhysling Anthology.

2020 has had several unfortunate impacts on society. In recognition of this fact we have not only made 250 tickets available free of charge, but twenty-five percent of proceeds will be donated to the following organizations making an impact in our local region and in the arts:
Every ticket sale helps us build a better, stronger community. Thank you for helping us answer the call to serve those around us.

August 27, 2020 4:00pm 4:00PM– 4:30PM · Stage
Introduction and Orientation
Get familiar with the virtual event enivornment, get an overview of the schedule, and submit questions you'd like to see answered during the day. 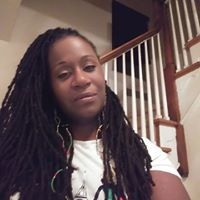 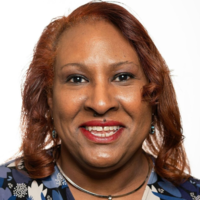 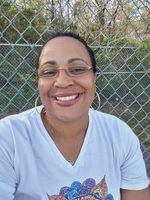 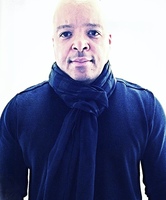 August 28, 2020 12:00am 12:00AM– 1:00AM · Stage
Publishing While Black: An Interview With Bill Campbell
Bill Campbell shares wisdom gained from years of publishing graphic novels, comics, and cutting-edge fiction.

Mission: To Explore Where People of Color Go For Speculative Fiction

The founders of Readerfest recognize that the playing field is not always level, so we create opportunities for writers and publishing professionals to meet and discuss the work of marginalized writers in a safe space that recognizes and celebrates your own unique voices. Our writers’ workshop, Readerfest/Literary Reparations, is twenty-one hours of intensive engagement over three days with the same pro instructors who teach at Clarion, Clarion West, Viable Paradise, Taos Toolbox, Odyssey, Milford and other prestigious internationally recognized writing workshops and conferences. You will get the opportunity to pitch your work to agents who are specifically looking to work with new and underrepresented clients.

Introducing the world to itself since 2013

Sell more audios on the go

The Best of a Book In 12 Minutes