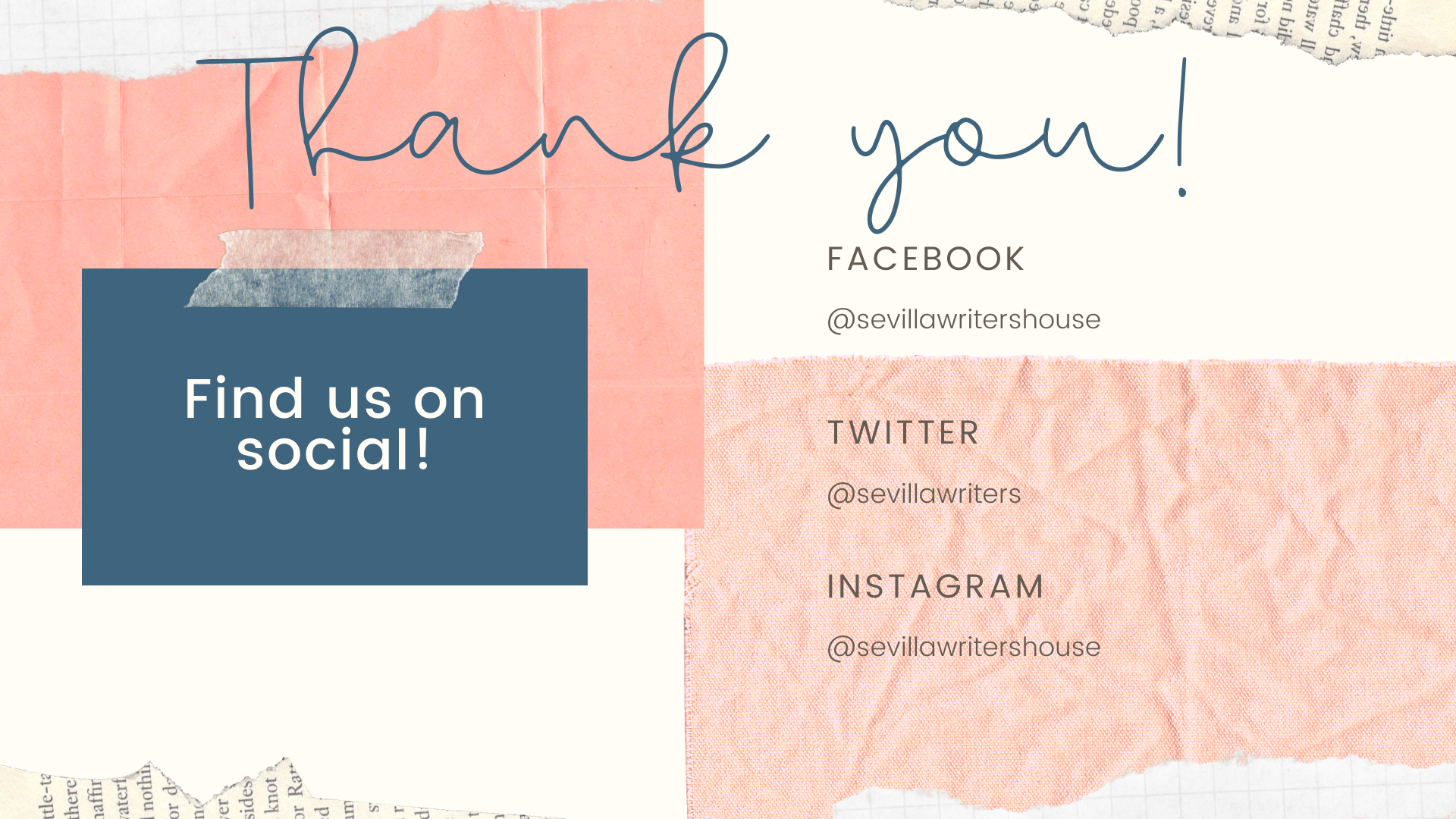 40 People Attended
Event is Over

Join us online for a day of craft seminars and generative writes. The Sevilla Writers Virtual Conference aims to foster inspiration and provide education to a wider group of writers by eliminating the barriers of a physical conference.

This conference will feature multi-genre craft seminars by Kaveh Akbar, Gayle Brandeis, Natalie Eilbert, Elle Nash, and Janelle M. Williams; generative writing prompts by Sevilla Writers House founder Lyndsay Hall; a movement and writing exercise with poet and yoga instructor Mallory Bass; and a panel on launching and touring a book with the publisher and authors of Write Bloody Publishing.

KAVEH AKBAR Kaveh Akbar’s poems appear in The New Yorker, Poetry, The New York Times, Paris Review, The Nation, Best American Poetry, The New Republic, The Guardian, American Poetry Review, The Poetry Review, PBS NewsHour, and elsewhere. His second full-length volume of poetry, Pilgrim Bell, will be published by Graywolf in 2021. His debut, Calling a Wolf a Wolf , is out now with Alice James in the US and Penguin in the UK. He is also the author of the chapbook, Portrait of the Alcoholic , published in 2016 by Sibling Rivalry Press. The recipient of honors including a Ruth Lilly and Dorothy Sargent Rosenberg Fellowship from the Poetry Foundation, multiple Pushcart Prizes, the Levis Reading Prize, and a Lucille Medwick Memorial Award from the Poetry Society of America, Kaveh was born in Tehran, Iran, and teaches at Purdue University and in the low residency MFA programs at Randolph College and Warren Wilson.

GAYLE BRANDEIS Gayle Brandeis is the author, most recently, of the memoir The Art of Misdiagnosis (Beacon Press), and the poetry collection The Selfless Bliss of the Body (Finishing Line Books). Her other books include Fruitflesh: Seeds of Inspiration for Women Who Write (HarperOne), and the novels The Book of Dead Birds (HarperCollins), which won the Bellwether Prize for Fiction of Social Engagement, Self Storage, which began as a NaNoWriMo novel (Ballantine), Delta Girls (Ballantine), and My Life with the Lincolns (Henry Holt), a state-wide read in Wisconsin. Her novel in poems, Many Restless Concerns, will be published February, 2020 by Black Lawrence Press. Her poetry, essays, and short fiction have been published in The New York Times, The Washington Post, O (The Oprah Magazine), The Rumpus, Salon, Longreads, and more. She teaches at Sierra Nevada College and Antioch University Los Angeles.

NATALIE EILBERT Natalie Eilbert is the author of Indictus, winner of Noemi Press's 2016 Poetry Prize, as well as the poetry collection, Swan Feast (Bloof Books, 2015). Her work has appeared in or is forthcoming from POETRY, Granta, The Jewish Current, The New Yorker, Tin House, The Kenyon Review, The Brooklyn Rail, and elsewhere. She was the recipient of the 2016 Jay C. and Ruth Halls Poetry Fellowship at University of Wisconsin–Madison and is the founding editor of The Atlas Review. She lives and teaches in Madison, Wisconsin.

ELLE NASH Elle Nash is the author of the novel Animals Eat Each Other (Dzanc Books), which was featured in the 2018 June Reading Room of O - The Oprah Magazine and hailed by Publishers Weekly as a ‘complex, impressive exploration of obsession and desire.’ Her short stories and essays appear in Guernica, The Nervous Breakdown, Literary Hub, The Fanzine, Volume 1 Brooklyn, New York Tyrant and elsewhere. She is a founding editor of Witch Craft Magazine and a fiction editor at Hobart Pulp.

JANELLE M. WILLIAMS Janelle M. Williams received her BA from Howard University and her MFA in creative writing from Manhattanville College. In 2017, she received a fellowship from Kimbilio Fiction. As a southern writer from Decatur, Georgia, Janelle's lyrical stories have appeared or are forthcoming in Prairie Schooner, SmokeLong Quarterly, Lunch Ticket, Vol. 1 Brooklyn, Split Lip Magazine, midnight & indigo, Kweli, and elsewhere. She is currently working on a novel and a collection of short stories.

plus
Dirty Laundry: A Panel on Everything You Need to Know About Launching & Touring a Book featuring publisher Derrick C. Brown in conversation with Seema Reza and Jacqueline Suskin
DERRICK C. BROWN Derrick is a comedian, poet, storyteller. He is a former Paratrooper for the 82nd Airborne and is the president of Write Bloody Publishing, which Forbes and Filter Magazine call “…one of the best independent poetry presses in the country." He is the author of seven books of poetry and three children’s books. The New York Times calls his work, “…a rekindling of faith in the weird, hilarious, shocking, beautiful power of words.” He lives in Los Angeles, CA.

SEEMA REZA Seema Reza is the author of A Constellation of Half-Lives and When the World Breaks Open. Based outside of Washington, DC, she is the Chair & Executive Director of Community Building Art Works. Her writing has appeared in print and on-line in Entropy, The Feminist Wire, Bellevue Literary Review, The Offing, Full Grown People, and The Nervous Breakdown among others, and has twice been nominated for a Pushcart Prize. She has performed across the country at universities, theaters, festivals, bookstores, conferences, and one mattress shop.

JACQUELINE SUSKIN Jacqueline Suskin is a California-based performance poet and educator who has been teaching workshops, writing books, and creating spontaneous poetry at events around the world since 2009. Suskin is the author of The Collected (Publication Studio, 2010), Go Ahead & Like It (Ten Speed Press, 2014), The Edge of The Continent Volume One (Rare Bird, 2018), The Edge of The Continent Volume Two (Rare Bird, 2019), and Help in the Dark Season (Write Bloody, 2019).

A series of writing exercises by Sevilla founder Lyndsay Hall
Lyndsay taught creative writing for five years with the nonprofit Writopia Lab before launching Sevilla Writers House. She earned an MFA in Creative Writing from Antioch University Los Angeles; while there she served as managing editor for the program’s literary journal, Lunch Ticket. She attended the Sackett Street Writers’ Workshop, New York University’s Writers in New York program, and the Bread Loaf Conference in Sicily. Her essay, “A Saline Solution,” was nominated for a Pushcart Prize, and her writing has appeared or is forthcoming in Hobart, Little Fiction | Big Truths, juked, xoJane, The Avalon Literary Review, and Lunch Ticket, among others. She is at work on her first novel, many personal essays and short stories, and sometimes a collection of poetry.

A mid-day movement and writing exercise with poet and yoga instructor Mallory Bass
Mallory Bass is from Jackson, Mississippi. She received an MFA in Creative Writing from St. Mary's College of California, and has been a fellow at Vermont Studio Center, Community of Writers, and Tin House. Her work has appeared in Juke Joint, She Explores, Portico Jackson Magazine, and Reservoir Lit, among others. She lives in Los Angeles with her dog, Hoka.

Speaker, Author of Calling a Wolf a Wolf 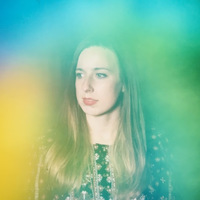 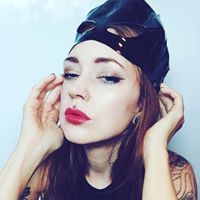 Speaker, Author of Animals Eat Each Other

Panelist, Author of Help in the Dark Season

Panelist, Author of A Constellation of Half-Lives 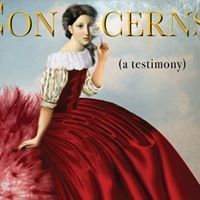 Speaker, Author of Many Restless Concerns

a {mini} literary magazine on a postcard 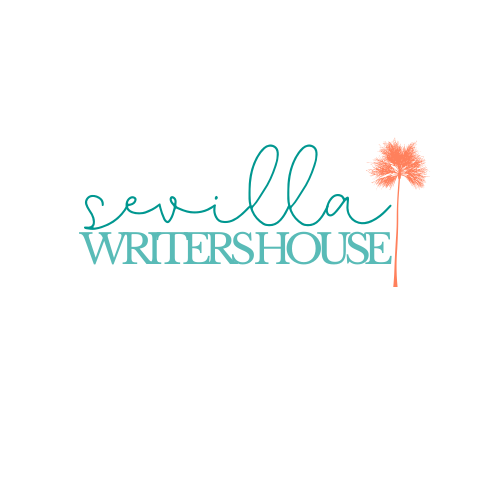