Master Building Your Own Alternate History

Do you find yourself working on alternate history fiction, but getting lost in the process? Practice your worldbuilding skills with author expert J.L. Gribble, who has created the critically-acclaimed STEEL EMPIRES series, and her hand-picked panel of experts.

This event is for fans of all permutations of alternate history, from the fantastic to the science-fictional and beyond. Join us for an evening of discussion and exercises, with a chance to have your own questions answered directly live during the event.

By day, J. L. Gribble is a professional medical editor. By night, she does freelance fiction editing in all genres, along with reading, playing video games, and occasionally even writing. She is currently working on the Steel Empires series for Dog Star Books, the science-fiction/adventure imprint of Raw Dog Screaming Press. Previously, she was an editor for the Far Worlds anthology. Gribble studied English at St. Mary’s College of Maryland. She received her Master’s degree in Writing Popular Fiction from Seton Hill University in Greensburg, Pennsylvania, where her debut novel Steel Victory was her thesis for the program. She lives in Ellicott City, Maryland, with her husband and three vocal Siamese cats.
Jay Whittaker

Jay Whittaker is an award-winning standup comedian, promising actor, avid birdwatcher and podcast producer. Originally honing his sharp wit on the streets of Los Angeles and Orange County, California; Jay Whittaker burst onto to the comedy circuit with his own distinctive comedy styling.  Jay’s upbeat performance engages the audience and keeps them continuously laughing whether he’s doing a short set or headlining. His past work can be seen in films such as;  “Cartel 2045”, “Jane & Emma” & “Jingle Belle”.  He is also a longstanding sitting member of the award-winning Geekshow Podcast, and the host of his self produced Big Lil Kid Podcast. His candid humor, stage presence and undeniable charisma are the reasons he was voted Best Utah Comedian in 2014 and Best of Fest in the 2018 Big Pine Comedy Festival among many other credits and accolades. Whether he’s rockin’ comedy clubs, pubs, corporate sales meetings or even fashion shows, his winning attitude and crowd-pleasing charm make him perfect for any audience.

When Maria V. Snyder was younger, she aspired to be a storm chaser in the American Midwest so she attended Pennsylvania State University and earned a Bachelor of Science degree in Meteorology. Much to her chagrin, forecasting the weather wasn’t in her skill set so she spent a number of years as an environmental meteorologist, which is not exciting...at all. Bored at work and needing a creative outlet, she started writing fantasy and science fiction stories. Over a dozen novels and numerous short stories later, Maria’s learned a thing or three about writing. She’s been on the New York Times bestseller list, won a half-dozen awards, and has earned her Masters of Arts degree in Writing from Seton Hill University, where she is now a faculty member. Her favorite color is red. She loves dogs, but is allergic, instead she has a big black tom cat named…Kitty (apparently naming cats isn’t in her skill set either). Maria also has a husband and two children who are an inspiration for her writing when they aren't being a distraction. Note: She mentions her cat before her family. When she's not writing she's either playing volleyball, traveling, or taking pictures. Being a writer, though is a ton of fun. Where else can you take fencing lessons, learn how to ride a horse, study marital arts, learn how to pick a lock, take glass blowing classes and attend Astronomy Camp and call it research? Maria will be the first one to tell you it's not working as a meteorologist.

Keith R.A. DeCandido has been writing fiction professionally since 1994, when he was considered a "young turk of publishing." That was 26 years ago, and now he's a grizzled veteran, apparently, something he objects to rather fervently. He's written more than 50 novels, around a hundred short stories, a mess of comic books, and a metric buttload of nonfiction over the decades. Some of his work is in the realm of media tie-in fiction, where he's written for almost forty different licensed universes from  Alien to  Zorro, and for which he received a Lifetime Achievement Award from the International Association of Media Tie-in Writers in 2009. His original fiction includes fantastical police procedurals in the fictional cities of Cliff's End ( Dragon Precinct and its sequels) and Super City (various  Super City Cops novels, novellas, and short stories) and urban fantasy in the somewhat real locales of New York (the Adventures of Bram Gold) and Key West (the tales of Cassie Zukav, weirdness magnet). His pop-culture commentary has been appearing on the award-winning site Tor.com since 2011. Keith is also a professional editor of 30 years' standing (though he usually does it sitting down), a musician (currently percussionist for the parody band Boogie Knights), a martial artist (a third-degree black belt in karate), and possibly some other stuff too, which he no longer recalls due to the lack of sleep.

This online event features a main stage where our panel of experts will lead the workshop. You can interact with the onscreen presenters, other attendees, and event staff through the chat area, and take polls as they pop up there as well. After the workshop you can explore other areas of our virtual event space.

At this time our events are not compatible with the Safari web browser. We apologize for any inconvenience this might cause.

July 15, 2020 11:00pm 11:00PM–11:05PM · Stage
Introduction and Orientation
A quick welcome from AllAccessCon founder John Lawson to give you an overview of the event environment and schedule. 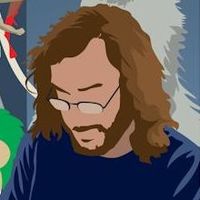 July 16, 2020 12:10am 12:10AM–12:30AM · Stage
Audience Q&A
Attendees can have all their questions and concerns answered live onscreen by submitting comments in the chatbox.

Science Fiction That Goes for the Throat

In a future world, a mafia wife secretly investigating a child abduction is targeted in a plot against her organized crime syndicate and the corrupt government it controls. A pulp crime drama for lovers of dark, gritty steampunk books and dystopian fiction.

Write at the Beach