[email protected] Self Care and Confidence

Aug 19, 6:00PM to Aug 19, 9:00PM UTC
Description Schedule Speakers
Self Care and Confidence [email protected] home is a practical evening of discussion, debate, and empathetic analysis, Looking at our current stop start situation and a potential future of confusion through a lens of Mindfulness, Neuro linguistic programming and Cognitive Behavioral Therapy.
And of course networking as always after. 🎞️📽️🎞️📽️♥️♥️♥️

Although a free event, if you would like to support FNI, or Fni Wrapchat (Our podcast) head over to https://www.buymeacoffee.com/fni

Nick Dunning is an English actor, Performance Coach and NLP practitioner. He is a well known theatre actor who attended RADA  where he won the Ronson Prize for Most Promising Young Actor. He has appeared on stage in the West End in London and at the Gate Theatre in Dublin. He has won two Irish Times Theatre Awards. He has worked with the Royal Shakespeare Company, the Royal National Theatre and the Royal Court Theatre. To date, he is best known for his role as Thomas Boleyn in The Tudors, a Showtime original series, for which he won an IFTA award for Best Supporting Actor. He has also appeared in numerous popular British TV shows such as Waking the Dead, Kavanagh QC, and the Midsomer Murders episode Death's Shadow.

Dunning was head of development at the now defunct website www.screenwritingonthenet.com. He wrote two books on screenwriting. He also wrote the screenplay for The Lorelei, directed by Terry Johnson, BBC Screen Two. He has developed several works for TV.
Nick has worked with some of the biggest actors and Directors woring today in The Tudors, (Henry Cavill, Jonathan Rhys Myers, Natalie Dormer), The Iron Lady (With Meryl Streep, Jim Broadbent and Olivia Coleman), Da Vinci's Demons, with David S Goyer, (Batman and Superman), Hatfield's and McCoy's (Kevin Costner, Bill Paxton, Tom Berenger and Boyd Holbrook) and many more.

Nick would like to share strategies with you would like to help you develop your confidence and help you improve your pitch, Audition or interview.
Dunning has been married to Lise-Anne McLaughlin since 1992. Their children are Kitty and Phoebe. He lives in Dalkey, Dublin.
Check out episode 10 of Fni Wrapchat where we chatted to Nick in the Bowels of the ABBEY Theatre about his career and helping others.
https://www.headstuff.org/fni-wrap-chat/10-nick-dunning/
https://www.nickdunning.com/ for more.


Helena Walsh is an International Voice, Mindfulness and Acting Coach.  She is one of Ireland’s leading coaches in the Irish film and theatre industry for young up and coming actors, preparing them for screen and stage alike.Helena teaches and hosts workshops all over the world.  She is Artistic Director and founder of her own Voice and Acting Studio ‘Helena Walsh Voice and Acting Studio’ in Dublin, Ireland.  It is an innovative, cutting edge, studio for artists around the world.  She invites some of the finest international teachers in the industry to co-teach with her at her studio.  The studio acts as a centre for cutting edge practice for an interdisciplinary approach to a truly empowered, creative, vibrant and embodied actor and human being.
Her mission with her work is to empower each actor to discover their unique creative intuition and foster it so they stand out because of their differences.  She gives them skills that ensure their resilience and artistry within the industry.  She offers them a practice and a process that they can continue to foster their craft through for the years ahead.  She has created a truly unique approach to acting from her thirty years of research and practice.
Helena trained and worked as an actress and singer for many years before becoming a voice and acting coach. Over the past twenty five years she has worked as a vocal coach on many professional productions as well as theatre and film training programmes worldwide.Including The Gaiety School of Acting, the National Theatre School of Ireland, Trinity College Dublin on the B.A. in Acting and University College Cork on the B.A in Theatre Studies.
Internationally, Helena has taught at NYU’s overseas theatre programme for ten years consecutively; Eolia Conservatory Of Dramatic Arts, Barcelona; Shanghai Theatre Academy, China; The Accademia Dell’Arte, Tuscany, Italy; The Academy of Theatre, Radio, Film and T.V. in Ljubljana, Slovenia and UCLA, California and at Crash Acting Studio, L.A.

She is also Director of the Fitzmaurice Voicework Community in Europe, a community of forty-two voice coaches, across 20 countries who are practitioners and artists dedicated to making change initially within themselves and then in others and their communities through targeted instruction and training.
She runs retreats biannually in West Cork, Ireland with Benjamin Mathes, founder of Crash Acting, L.A. She also runs her own advanced training which provides unique insight to a process based creative practice for actors. She feels very strongly about giving back to the community and leads a “ Free Listening,” project which she hosts in Dublin as part of the Urban Confessional Movement worldwide.

She feels very strongly about giving back to the community and initiated a “Well being for Actors” Programme to build a resilient, thriving and nurtured community of artists. By bringing artists together in the everyday, through walks, well being & resiliency workshops, aikido classes, weekly excursions and monthly music sessions.  Helena also leads a “ Free Listening,” project which she hosts weekly in Dublin as part of the Urban Confessional Movement worldwide.

Helena has been co-director of “The Fourth & Fifth International Freedom & Focus Fitzmaurice Voicework Conference” in Dublin, 2016 & London, 2018. Teachers and performers came from all disciplines in the art world to liberate their voices and listen beyond the borders of their own experience and history.
She is also an Associate Teacher of Fitzmaurice Voicework®, from The Royal Central School of Speech and Drama at the University of London and holds a Certificate in Roy Hart Training from the ‘Centre Artistic International, Roy Hart’, France. Helena is a moderator on ‘The End of Trauma’  international online course, which now functions on a worldwide basis.
She is currently training in Organic Intelligence in Switzerland on their Human Empowerment and Resilience Training Programme, which works on PTSD, Anxiety and Stress, offering tools to help actors and students move beyond trauma, integrating it into their lives and using it as a source of creative empowerment. This HEART training is ground breaking in the field of positive psychology, clinical and somatic training and personal development. It uses proven methods drawn from the science of self organization.

Check out episode 90 of Fni Wrapchat where we chatted to Helena about her work, The importance of self care and the importance of developing your productivity without risking your weelbeing
https://open.spotify.com/episode/7Lr5pJiejnPwBYwghH38jO
https://www.helenawalshvoicecoach.com/ for more.

Nicola Culloty is based in Limerick, has experience as a primary educator with twenty years experience working with disadvantaged communities. As Home School Community Liaison she formed an authentic and lasting partnership with parents from one of the most deprived areas in Ireland.

Nicola has researched the Mental Health Needs of Traveller women and is passionate about helping others to gain a greater understanding of the barriers preventing engagement from hard to reach communities. Nicola completed a Masters in CBT and is currently practicing as a CBT therapist.
Nichola has a vested interest in helping people in all walks of life cope with the difficulties of every day life and is particularly interested in developing strategies with creative individuals to maximize their potential and best place themselves, confidently on the next phase of their creative journey.

She is very experienced on the impact of trauma on both adults and children and is proficient in the techniques used to overcome and assist those living with mental health issues.
Nichola will be working with Film Network Ireland as an Evidence based CBT liaison into the future acting as a mentor and strategy developer in Film and Tv in order to help Creatives and professionals all over our network via support and engagement. 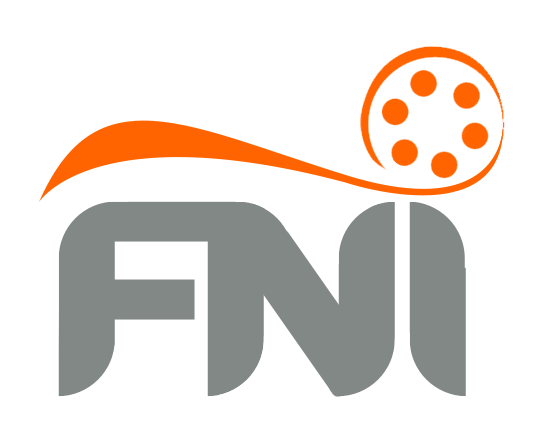