At Home Video Bootcamp with WEDallas and The Slate

Jul 22, 2:15PM to Jul 22, 4:35PM UTC
227 people attended
Description Schedule
We are teaming up with The Slate on Wednesday, July 22 from 9:15 to 11:30am for our #WEDallas At Home Video Workshop, in partnership with @CapitalOne. This virtual bootcamp will take you through the self-produced video creation process from writing the script all the way to marketing it once it is finished with local experts Shelly Slater, Leah Frazier, Mike Mayberry and Cleo Greene. We'll cover topics such as on-camera presence and techniques, how to create high quality videos with your smartphone, and how to take advantage of video-marketing on a budget. You'll walk away from this event ready to create videos for your small business with ease.

To kickstart the creative process, we're inviting you to participate in a video competition where two winners will receive a free video mini-session at The Slate. The prize will include an hour of filming on a full set, a professional videographer, and a final edited video you can use for your own marketing purposes. More details below.

We look forward to having you join us!

Smart phone video workshop with
Mike Mayberry, Creative Strategist at Capital One
9:20 @ Stage
You don't need a $5,000 camera to make a quality video for your website or social media. In this workshop, Mike Mayberry from Capital One will walk you through how to film and edit quality video straight from your smartphone.

Mini sessions
10:05 @ Sessions
Head on over to the sessions tab and choose a mini session to attend. We'll host two mini sessions:

On-camera confidence  - Being on camera doesn't have to be as scary as it sounds. WFAA Anchor and Reporter, Cleo Greene, will share her tips and techniques to give you the confidence and knowledge you need to be your best self in front of the camera.

Write your story - Like all things in life, taking some time to write out a plan can help you succeed. You wouldn't bake a cake without making sure you had all the ingredients first, so why would you film your video without a storyboard? In this session Shelly Slater will walk through everything you need to know to write out and plan a strong storyboard and script.

Video marketing 101
Leah Frazier President of Think Three Media
10:40 @ Stage
Don't let all the hard work you've put into your video go unnoticed! Emmy-award winning, journalist, publicist, model, speaker and best selling author, Leah Frazier will teach us how to effectively use video to reach a wider audience and increase ROI and engagement. This will be a workshop style session so come with your questions ready and prepare to take notes.

It's time to take what you learned and put it into action! Create a promotional video for your small business that is less than two minutes and effectively conveys what your business is and the impact - get creative! It doesn't have to be over-the-top, but it does have to be effective!

Eligibility: Must be a solopreneur or small business based in DFW
What to make: Create a promotional video or commercial that you might use on your website or for social media and submit it to [email protected]
Time limit: No longer than two minutes
Deadline: Submissions will close at midnight on July 22
Prize: two participants will be selected as winners by lotteryand each will receive the following:


Mike Mayberry
Creative Strategist, Capital One
Mike Mayberry is a Creative Strategist for the Financial Services Division of Capital One in Plano, TX. He helps develop internal messaging, content design, video production, and communications. Mike also spearheads the creative strategy for external sponsorships for events like SXSW, StartUp Week, and DSO Events. He spent his time before Capital One as the Marketing/Creative Director for several Internet startups, and for Clear Channel Radio. He also spent 14 years performing with Dallas-based improv troupe, Ad-Libs, where he learned the value of facing your fears and making it up as you go along. Mike lives in the Dallas area and spends lots of time with his wife Elaine, his daughter Scout, and his son Sutton.

Shelly Slater
Co-founder, The Slate
Nationally recognized journalist Shelly Slater has twenty years of experience getting to the point. As a multi Emmy Award winning news anchor and reporter, she knows how to engage an audience. Her career has taken her from live breaking news to interviews with everyone from President George W. Bush to Jimmy Kimmel and Amal Clooney.
Shelly now runs her own company to help corporations win business & trust by delivering a message that sticks. From lawyers, to CEOs, and real estate groups, Shelly crafts stories that break through in a distracted world. Shelly has extensive experience in public speaking and presentation trainings to help both individuals and teams deliver a message that sticks. Shelly also co-founded The Slate, a new coworking space and production studio in the Dallas Design District.

Leah Frazier
President, Think Three Media
Leah Frazier is a 2 - Time Emmy Award - Winning entrepreneur and was recognized as one of Dallas' most successful women for 2015. She is a multi - licensed attorney turned fashion and marketing guru, who unapologetically left the practice of law to pursue her fashion ventures. In 2020, Leah was recognized by Dallas Innovates as one of the Future 50 Leaders in Dallas - Fort Worth for tech, innovation and disruption. Leah has built a multi - faceted empire as an award - winning fashion journalist, media personality, celebrity stylist, digital marketing expert, and in - demand fashion consultant to notable brands. She has been honored as one of the best wardrobe stylists in Dallas, and recently led the styling initiatives for the Emmy and 5 - Time Addy Award - Winning #IAMUP campaign for WFAA Channel 8. Leah is the CEO and proud owner of Think Three Media – a creative marketing agency focused in the areas of content marketing, social media marketing, and public relations services for brands spanning the industries of fashion , beauty, public speaking, the performing arts, food, lifestyle, and more. Her work has been featured and mentioned on Vogue.com, NBC, CW, CBS Local, Chase TV, Fox TV, Good Morning Texas, Haute Living Magazine, and many other outlets as an expert in fashion and entrepreneurship.

Cleo Greene
Morning Anchor and Social Media Reporter, WFAA
Cleo Greene is the weekend morning anchor and social media reporter at WFAA-TV Channel 8 in Dallas. She is a first generation American with immigrant parents from Jamaica and Guyana. Cleo has more than 12 years of experience in the television industry. Her first on-air job brought her to St. Croix, U.S. Virgin Islands. As a feature reporter she uncovered some of the most controversial issues on the island which includes healthcare, gang turf wars and government political scandals.

Georgia, Maryland and Minnesota are states that she called home while building her journalism career in the television industry. "It's a cut throat industry and it's imperative that you create your own light to shine," said Cleo. As a member of the National Association of Black Journalists (NABJ), she is dedicated to mentoring students to help them find their voice, niche and on-air confidence in broadcast news.

Cleo Greene is making waves at WFAA. Her platform allows her to share the work and success stories of the voiceless and start-up entrepreneurs across North Texas. 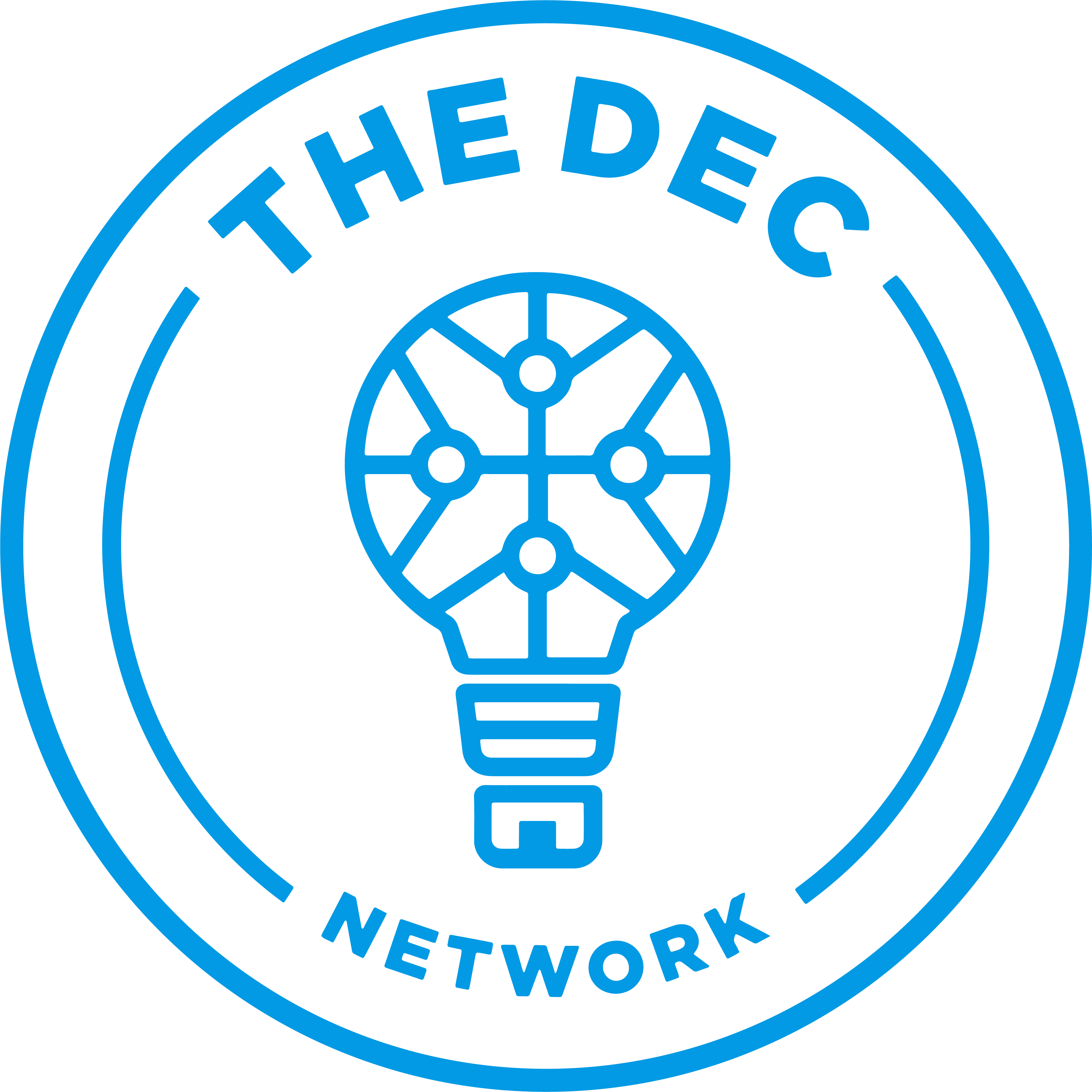 The DEC Network is a 501c3 driving innovation and economic impact by helping entrepreneurs start, build and grow their businesses.