We've been running the live Canadian Music Expo for several years and have launched our events virtually running from coast to coast across Canada and beyond!

This event is made for any music fan or musician!
As an attendee, at this one of a kind event, you can listen to musicians perform, talk about their music, check out the trade show/Expo, network with other attendees and musicians and more!

Win prizes - these will be randomly selected from attendees who are live at the event!

All from the safety and comfort of your home!
Tickets are free for a limited time only.
Network with others in the Networking segment - talk about music, meet musicians and more!

Important! Click here to learn how to use our session and networking features.

Suzi Kory went against the odds and put on an outdoor country music festival during the pandemic! How did she do it? We'll talk to her about it as well as a chat about her music and more!
11:30 a.m. - 12:30 p.m. EST  - Ursula Hegge: The Grey Areas of Genre With Piano and Guitar
Ursula Hegge has been writing music since she was 12, and now at the age of 20, she is nowhere near stopping. Thoughtful and melancholy, but enthusiastic and entertaining, this Canadian artist thinks of herself foremost as a writer and musician as opposed to a singer-songwriter.
11:30 a.m. - 12:00 p.m. EST  - Christee Palace Live Performance!
Christee Palace is a pop singer/songwriter hailing from a large family of musicians in her hometown of Windsor, Ontario. Christee got her start achieving local and Canada wide success with her first EP “Alive Today” and two follow up singles— her songs “Out of Time” and “Light It Up” both charting in Canada’s Most Active Indies chart in their first few weeks on radio.
12:00 - 12:30PM | Stan Simon - Live Performance
Stan Simon began writing songs at an early age in Toronto, Ontario crafting poignant melodies on a broken classical guitar from his father. Largely influenced by vintage folk and country records, Simon delivers earnest lyrics, sung with a vocal prowess, sharp harmonica and a rustic acoustic sound that resonates through your body.

12:00 - 12:30PM, Mikalyn Hay | Mikalyn - Just Because
Between the depth of her voice, substance of her songwriting, and seemingly endless list of awards and achievements, you might be fooled into thinking that Mikalyn has been in the game for decades. But that’s easily forgiven, as despite having yet to hit her 20s, the artist’s signature alt-pop stylings belie her age and blur lines between genres and eras, making her music all the more compelling.

12:00 - 1:00PM | Live from the Studio with Fresh Breath
An alt-country husband & wife duo from Cottam, Ontario. With a motto of 'peace, love & fresh breath'. They've been making music & bringing people together for over a decade. Fresh Breath recently completed a cross Canada tour in 2019 in support of their full album release titled "The Big Picture". Currently they have released four brand new singles in 2020 with supporting music videos. With plans to release a fifth final single for the year - an original Christmas song - by December.

12:15 - 12:45PM, Interview with Nicole Rayy, hosted by Dave Woods.
Dave Woods has hosted the In The Country podcast for 11 years. He interviews the biggest names and the newest talent on the Canadian Country Music scene. He also hosts songwriting rounds at The Moonshine Café in Oakville and live stream songwriting rounds online.

Born and raised in Toronto Ontario, David Boyd Janes has quickly become recognized as one of Canada’s rising stars. His solo career into country music began in September 2017 and he has already had 3 consecutive Top 100 singles on Canadian mainstream radio and was crowned the 2019 Boots & Hearts Emerging Artist award.
12:30 - 1:00PM | Experience the sounds of ABHITHI
Abhithi is a multifaceted artist -  singer, actor, dancer, model, writer, emcee, radio host and TV presenter. She is trained in both Western and Hindustani music.  Follow her artistic work at www.abhithi.ca.

12:30 - 1:00PM | Shari Tallon, "Music Concert and How to find Super Fans"
Shari Tallon is a pianist, flutist, composer, recording artist, arranger, producer, singer-songwriter, music educator.  She ran a productions company which sold music and resources worldwide, 12 projects over the course of 15 years.  She has toured Canada with her own music, and created a variety of educational programs in music, drama, and creative arts.

1:00 - 1:30PM | Alexis Lynn Performance
Recognized as "Top 100" in the 2020 CBC Searchlight Competition, pop artist, Alexis Lynn, has a lot more to say than the average twenty-something. This dynamic artist displays a maturity beyond her years and owns her power to say what's on her mind. Alexis Lynn’s upcoming single “Bubble” is a declaration of surrender towards love.

1:00 - 1:30PM, Interview with Alessia Cohle, hosted by Dave Woods.
Dave Woods has hosted the In The Country podcast for 11 years. He interviews the biggest names and the newest talent on the Canadian Country Music scene. He also hosts songwriting rounds at The Moonshine Café in Oakville and live stream songwriting rounds online.

1:00 - 1:30PM | Elisa Malatesta, Beauty Passion Voice
Singer, Recording Artist, and Performer, Elisa sings genres of pop, musical theater, and opera. She has been performing for over 20 years for all types of events, and concerts and has two successful albums and three singles all available on all digital platforms.  One of her singles, "You are the Reason" (featuring Recording Artist Songsbury) was featured on 105.9 The Region Radio Station all Summer. Soon Elisa will be releasing a new original song and video.

Martina has performed live in front of many audiences, though most will know her as the first ever official anthem singer for the NHL’s Toronto Maple Leafs, which became a title bestowed upon her at 15 years old. Going into her fourth season with the organization, she continues to wow the fans, not only at Scotiabank Arena, but the millions watching at home. We'll talk about her music career as well as her recent acting on the hit show Wynonna Earp!
1:45 - 2:00 p.m. EST
Concluding Comments by Marc Belaiche, President of the Canadian Music Expo

Here's how you can be involved:

Want to promote your music, sing some songs, sell merch, talk about your background, etc?

Visit this Google Form for more information. Please Note: Submission of a form does not equal confirmation for the event. We will be in touch with you to confirm your involvement at the event.
(Deadline to submit is August 11th, 2020, 12:00PM EST)

Check the event out, listen to some amazing speakers, meet musicians and more!

3. CAN YOU SPEAK ON A TOPIC FOR MUSICIANS OR MUSIC FANS?

Visit this Google Form for more information. Please Note: Submission of a form does not equal confirmation for the event. We will be in touch with you to confirm your involvement at the event.
(Deadline to submit is August 11th, 2020, 12:00PM EST)

Want to promote your products or services? Do so in a virtual booth and connect with attendees through video or chat, promote your website and more!

Please be sure to purchase one of the Expo booth ticket options on the right-hand side, and we will be in touch with you shortly.

All this is done remotely - all you need to do is logon to your computer and let people connect with you at the event! 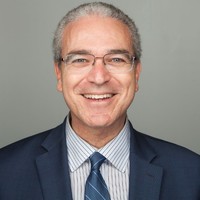 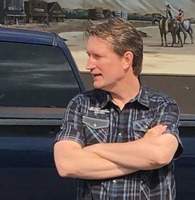 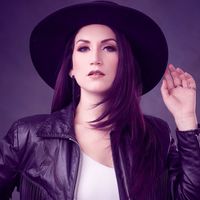 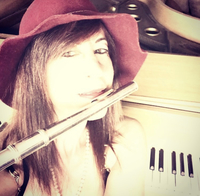 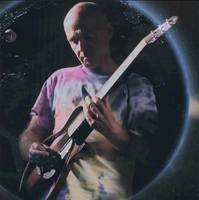 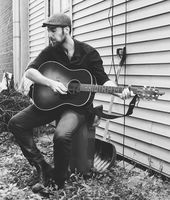 A Conversation with Martina Ortiz-Luis

An Interview with Nicole Rayy, Hosted by Dave Woods

Experience the sounds of ABHITHI

A Conversation With David Boyd Janes

The Grey Areas of Genre With Piano and Guitar

Live from the Studio with Fresh Breath 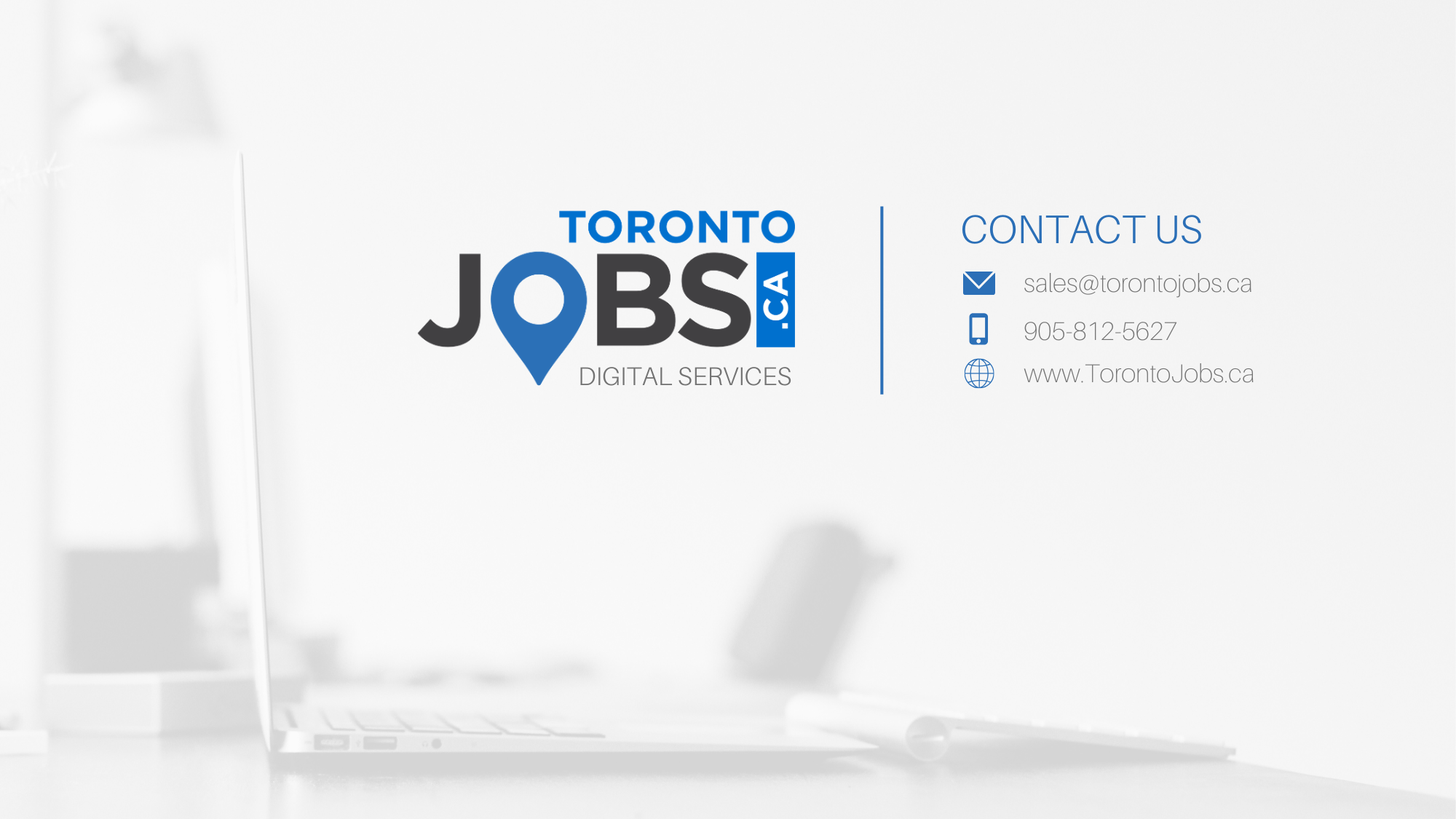 A Promo for Our Annual Event!

Livestream and connect with your fans using only your smartphone! Find out how with the Roland GO:LIVECAST.

Where minds and music matter and future leaders gather.

This is a place where we can help each other through arts and health, a place for artists and community members

Flower Music Canada is the perfect choice for adding a touch of class and elegance to your special event.

I make music that makes you feel.

A One Stop Shop for Song Production, Home to Award-winning Songwriter and Producer, Mark Zubek.

How Your Song Request Could Help Feed a Family.

Presenters of the Music Expo